I’m learning Go by building a small API-backed web application, and wanted to share the process in case it helps someone else. In this post, we’ll continue where we left off last time with the Go web API for managing GitHub stars, adding automated tests to ensure our code functions as expected. If you’d like to follow along with this post without going through the previous one, you can grab a copy of the API (main.go) from this GitHub repo.

We’ll start by writing integration tests, which will rely on a real database backend rather than a mock or stub. Compared to unit tests, integration tests have a few drawbacks and benefits for our purposes.

We will eventually want unit tests, for the reasons mentioned above, but starting with integration gives us the biggest return for the time being.

Before we get started, you’ll need a few things:

You may also want to skim through the tour of Go or another introduction to the Go language if you haven’t already, though you shouldn’t need more than a basic understanding.

If you run into anything unclear in this post, feel free to open an issue on GitHub and let me know!

Let’s go through and write an integration test function for each of our five HTTP request handlers from main.go, starting with the Create handler.

Go tests are expected to be in a file ending with _test.go. Since we’re writing tests for main.go, the conventional test file name is main_test.go. (Make sure main_test.go and main.go are in the same folder.)

Set up a basic outline for our first test in main_test.go:

The documentation for the Go testing package goes over the requirements for test functions: they must each be named like TestXxx (where X is a capital letter), and have an argument t *testing.T.

There are no special “setup” or “teardown” functions as we might be used to from other languages, nor is there a testing class with instance variables we can use to access our database. To get around this, we define a setup function to initialize an in-memory SQLite database and return an App pointer (we defined App in main.go), and teardown to accept that same pointer and close our database connection. We then call app := setup() at the start of every integration test function, and teardown(app) at the end of each function. This ensures that our database is always clean and in a consistent state at the start of each test.

If we run the tests with go test, they should pass:

Let’s start filling out the test body for TestCreateHandler:

We’re using a few new Go packages here, so we’ll have to add them to the import list at the top of main_test.go:

The url.Values.Encode() and strings.NewReader code takes our testStar record and converts it into the string format that http.NewRequest expects. We then use that form string with http.NewRequest to set up a request to the Create endpoint defined in main.go, POST /stars. Note that we are not actually making an HTTP request here, just preparing one.

This is where Go’s built-in httptest package comes in handy: we set up a httptest.ResponseRecorder, then pass it in to http.HandlerFunc().ServeHTTP(). With both this response record and the request we prepared earlier, we can test our app.CreateHandler() directly, without needing to set up a local HTTP server or client. In essence, we’re passing variables around in Go’s internal functions without using network requests or responses at all.

If there was an unexpected error forming the request, we can call t.Fatal to stop executing the test function immediately and print the error message.

With our POST request “sent” to our handler, and the response recorded in rr, we can continue filling out TestCreateHandler, checking that our API works as expected:

First up, we expect to see 201 Created as the status code. Go provides some nicely named aliases for HTTP status codes, so we can reference this as http.StatusCreated, and compare it to the actual response code we got in rr.Code. If they’re different, we use t.Errorf to print out a useful message and then fail the test.

Next, the Location header: we expect this to be set to the URL of the star that was just created, which we defined in main.go as /stars/{star.Name}. The actual header is in rr.Header(), so we can compare that to the expected URL to verify correctness.

Finally, we want to see if a star was actually created. Since we’re working with a real database, we can use our GORM database pointer app.DB directly to fetch the first (and only) star in the database, and compare it to our original testStar. (Using GORM directly like this is a bit of a code smell, but we’ll worry about refactoring later.)

When we run go test again, it should report a PASS. Looks like our Create handler passed the test!

For a more complete project, we’d want to have additional tests for edge cases: what happens if we try to create a star that already exists? what if the database is down? are there invalid characters that break the SQL query? Our API in main.go is pretty naive right now, so a lot of these will probably fail in unexpected ways. As we build more functionality into the API, we’ll continue to add integration and unit tests that make sure everything works correctly.

The Update handler, like the Create handler, expects a form-encoded request body with star attributes. The code we’re using to do that is a little fragile (we may have to manually update it when we add new fields to the Star struct), so let’s start by refactoring it out into a function inside main_test.go so we only have to maintain it in once place:

In the Create handler, remove the code we pulled out into StarFormValues, and update the NewRequest call:

Now we can reuse that function in the Update handler too.

Since we want to test updating a star, let’s start by putting one in the database:

There are two main things we want to test here: updating a star’s name (which changes the URL used to reference it), and updating other fields in a star. We could do this manually, but that sounds like a lot of duplicated code. Luckily, Go has a pattern called table-driven tests that will save us a lot of effort.

The basic pattern for a table-driven test looks something like this:

The “table” is a slice of anonymous (unnamed) structs. We can define as many fields as we need - in this case input and expected - and fill the slice with as many records as we want with different values for those fields. Here, we have 3 records, each representing {input, expected}. We then loop over the table with range (tt is the conventional name for table-driven test elements, but you could call it something else if you wanted), and run the same test on each record in the table.

Applying this to our use case, back in TestUpdateHandler in main_test.go, we can set up a table of stars:

The “original” star is what we know will be in the database when the test runs (note the second original is the same as the first update), and the “update” star is what we want to update it to.

Inside that loop, we send a PUT request to the update endpoint /stars/{star.Name}, with the contents of the updated fields:

One difference here from the Create test: we need a custom router, since the Update handler expects a name variable with the name of the star we want to update. We use the same {name:.*} pattern here as we do in the routes at the bottom of main.go.

Be sure to add mux ("github.com/gorilla/mux") to the import list at the top of main_test.go, since we’re calling mux.NewRouter().

The rest of the test function is about the same as it was for create; we check the return code (204 No Content) and make sure the database was updated successfully:

In the View handler test, we’ll need a couple new techniques: reading the HTTP response body, and unmarshalling JSON. Let’s go ahead and add the imports we’ll use to the list at the top of main_test.go:

For the test function, we’ll use a loop that’s similar to our table-driven tests. We don’t really need the anonymous struct though, so we can simplify it a bit to just a slice of Star records:

We haven’t needed it before now, but rr does hold the complete response body returned from our API. We can access it through rr.Result().Body, by reading with ioutil.ReadAll():

Now that we have the response content in data, we can unmarshal it into a Star struct and compare with the star we created in the database:

The List handler test is pretty similar to the View test, in that we make a GET request and check the JSON from the response body. Here, we don’t need a custom mux router, since there aren’t any variables to pass in to the List handler.

Note the loop at the bottom of this test, where we make sure each item in the JSON matches each of our test stars, in order. If the order returned from the List handler ever changes, we’ll have to revisit this test.

The test for the Delete handler doesn’t really have anything new either, just recycling the same concepts used above in a slightly different way:

Run the tests with go test, and watch them all pass!

If you want to see the results of each individual test, use the “verbose” flag - go test -v:

You can check out the complete code for this post on GitHub.

In the process, we covered several Go features and concepts:

In future posts, I’ll revisit this API and walk through adding some new functionality and creating a frontend for the star app.

I found these three resources especially helpful! If you’re new to testing in Go and want to learn more, I highly recommend them as a starting place.

There’s also the free ebook “Learn Go With Tests” on GitHub that looks really nice, though I only used it a little for this post:

Other references I used while researching, but didn’t mention in the post: 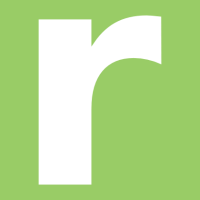